A New Year and a Healthy New You

Now that the holidays are over, and we have all had our fill of great food and drink, many of you are probably thinking about implementing those New Year's resolutions regarding diet, exercise, alcohol consumption, and smoking—what we at UPMC Hillman Cancer Center consider the "modifiable" risk factors for many of the most common cancers. It has been estimated that up to 30-35% of all cancers are related to diet and obesity, and another 25-30% to smoking. Furthermore, research has shown that these modifiable behaviors can influence outcomes following a cancer diagnosis. 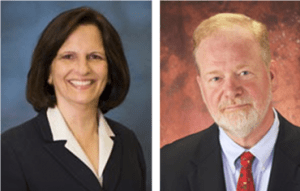 Investigators in Hillman's Biobehavioral Oncology Program, led by Drs. Catherine Bender and Dana Bovbjerg, are very interested in identifying the social and environmental triggers that cause people to partake in behaviors that increase the risk of cancer and poor cancer outcomes. They are also using this knowledge to develop effective interventions for changing those behaviors. 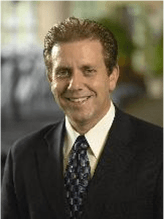 Program member Dr. John Jakicic is the Director of the University of Pittsburgh Physical Activity and Weight Management Research Center and a member of the advisory committee that developed the most recent evidence-based national Guidelines for Physical Activity. He and Dr. Bovbjerg have NCI funding to determine whether the addition of a prescribed moderate-intensity physical activity regimen to an individualized weight-loss regimen can influence the length of telomeres (a marker of recurrence and progression likelihood) in the white blood cells of patients previously diagnosed with cancer in the ongoing Lifestyle Change for Better Health clinical trial (NCT03286699). Dr. Bender is conducting NCI-funded research to determine whether exercise can improve the neurocognitive function of women with breast cancer who undergo therapy with an aromatase inhibitor.

Program member Dr. Saul Shiffman has been studying the factors that influence smoking behavior, including smokers who smoke on a non-daily, intermittent basis and are thus less likely than daily smokers to be physically dependent on nicotine. Dr. Shiffman was one of the featured speakers during the November 30th half-day retreat Current Issues in Tobacco Research: Preclinical, Clinical, & Policy Perspectives, which was held in collaboration with tobacco researchers from the Rand Corporation. 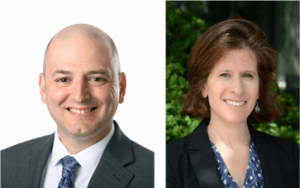 Program members Drs. Brian Primack and Michele Levine focus their research efforts on special populations. Dr. Primack studies tobacco use via hookah (waterpipe), vaping (electronic cigarettes), and traditional cigarette smoking in adolescents and young adults. Included in his research is the role played by various social media platforms in promoting tobacco use. In a landmark 2015 JAMA Pediatrics publication, Dr. Primack showed that, although e-cigarettes can help adult smokers with quitting, they are associated with progression to traditional cigarette smoking in the adolescents and young adult population. Dr. Levine focuses her research on pregnant and post-partum mothers. Her goals have been to encourage smoking cessation during pregnancy, prevent the return to smoking after birth takes place, and facilitate loss of excess weight that is gained during pregnancy. 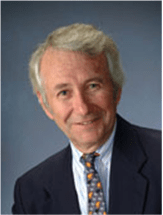 Although changing the behaviors that lead to increased risk of cancer or cancer recurrence can be very difficult, research conducted by Dr. Stephen O'Keefe—a member of Hillman's Cancer Epidemiology and Prevention Program—has shown that the benefits of change can be very rapid. In a high-impact 2015 publication in Nature Communications, he showed that just two weeks of an altered diet—going from a high fat, meat-based, low fiber diet to a low fat, vegetable-based, high fiber diet or vice versa—can lead to changes in the gut microbiome and levels of inflammatory and cell proliferation markers associated with cancer development in the intestinal lining. To advance these findings, Dr. O'Keefe is currently funded by the NCI to determine whether the addition of a dietary fiber supplement can reduce the levels of colon cancer risk markers in Alaska Native people—a medically underserved minority population that is reported to have the world's highest incidence and death rate from colon cancer.

To help you begin and remain on your own journey to better health and reduced risk of cancer, I recommend that you engage in one of the many evidence-based health and wellness programs that are now being offered by employers and health insurance providers.