Researchers at the UPMC Hillman Cancer Center and Magee-Womens Research Institute (MWRI) were awarded more than $2.5 million by the Department of Defense (DoD) to support ovarian cancer research.

Ovarian cancer is the fifth leading cause of cancer-related death in women and the deadliest of gynecologic cancers, killing one woman every 38 minutes. Though the rate of ovarian cancer diagnoses has been slowly falling over the last two decades, the American Cancer Society estimates that in 2021 approximately 21,750 women will be diagnosed with ovarian cancer in the United States, and an estimated 13,770 will die from the disease.

The DoD’s Ovarian Cancer Research Program (OCRP) was initiated in 1997 to support high-impact, cutting-edge research that targets the most critical needs in basic and translational to clinical research, including clinical trials.

Hillman researchers and projects supported by these grants include:

Katherine Aird, PhD, member of the cancer biology program and associate professor of pharmacology and chemical biology at the University of Pittsburgh, was awarded a Teal Expansion award to study how reducing the number of nutrients that ovarian cancer cells “eat” can overcome resistance to ovarian cancer therapies that are currently being tested in clinical trials. Aird believes that this approach will deliver a one-two punch, as starving the tumor will also make more fuel available to surrounding immune cells, which can be exploited to effectively kill cancer cells that are resistant to therapy.

While ovarian cancer can be treated effectively if detected at an early stage, this is not the case for most women. The five-year survival rate for late-stage ovarian cancer is only about 30 percent, and there are no effective early screening tools. Ronald Buckanovich, PhD, co-leader of the cancer biology program, co-director of the Women’s Cancer Research Center and professor of medicine at Pitt was awarded a grant to develop a blood test to screen for ovarian cancer. The test will work by detecting bits of DNA that are shed by the cells surrounding ovarian cancer cells into the blood and could revolutionize our ability to detect and treat ovarian cancer. 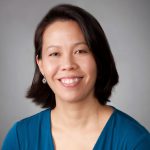 The early, relentless spread of cancer cells, known as metastasis, is what makes ovarian cancer so deadly. It is also responsible for the significant symptoms associated with ovarian cancer including nausea, vomiting, malnutrition, and pain. Lan Coffman, MD, PhD, member of the cancer therapeutics program and assistant professor of medicine at Pitt will lead a team to study how a type of stem cell called a carcinoma-associated mesenchymal stem cell (CA-MSC) attaches itself to cancer cells and escorts them out of the original cancer site to metastasize in new areas in the body. Coffman suggests that by disrupting the connections between cancer cells and CA-MSCs we could stop ovarian cancer metastasis. 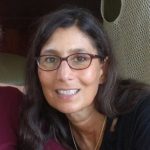 Francesmary Modugno, PhD, MPH, member of the cancer epidemiology and prevention program, the Women’s Cancer Research Center and professor of obstetrics, gynecology and reproductive sciences at Pitt, was awarded a grant to study how the different ways the immune system responds to cancer may affect a woman’s response to treatment and her overall survival. In a population of 400 women newly diagnosed with ovarian cancer, Modugno and her colleagues will study the relationship between local immune response to the tumor, anti-tumor antibodies circulating in the blood, and response to chemotherapy.

Anti-tumor antibodies are produced by the immune system in response to a growing tumor, much like how the body responds to infections. How helpful these antibodies are in overcoming ovarian cancer remains unclear. This work translates to human population data from ovarian cancer animal models developed in the lab of collaborator Anda Vlad, MD, PhD, member of the cancer biology program, Women’s Cancer Research Center, and professor of obstetrics, gynecology, and reproductive sciences.  The findings could help develop a more effective precision medicine approach to treating ovarian cancer.