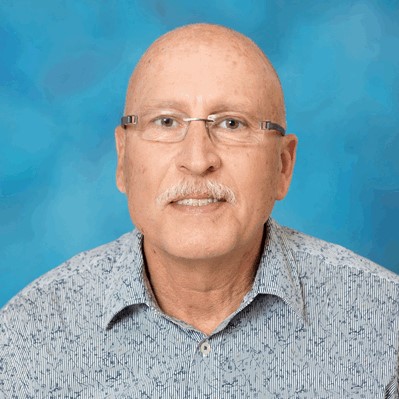 Bruce Freeman, PhD is a biochemist and pharmacologist who investigates eukaryotic cell production and actions of reactive inflammatory and signal transduction mediators (e.g., superoxide, nitric oxide, peroxynitrite, electrophilic lipids). He is presently the Irwin Fridovich Professor and Chairman of the Department of Pharmacology and Chemical Biology at the University of Pittsburgh School of Medicine, is a founding member of the Vascular Medicine Institute and a member of the University of Pittsburgh Cancer Institute. His laboratory team has made seminal discoveries related to the tissue production and target molecule reactions of reactive inflammatory mediators, which in turn reveals the fundamental process of redox reaction-regulated cell signaling. These insights have led to Dr. Freeman's identification of new drug strategies for treating metabolic diseases, fibrosis and acute/chronic inflammatory disorders. His team pioneered the concept that nitric oxide has cell signaling and pathogenic actions modulated by a reaction with superoxide, yielding the oxidizing and nitrating species peroxynitrite. Their studies of heme peroxidases have also shown additional pathways leading to biomolecule oxidation and nitration. His laboratory also discovered that metabolic and inflammatory reactions of unsaturated fatty acids yield electrophilic nitro and keto derivatives of unsaturated fatty acids, products that manifest potent anti-inflammatory and tissue-protective signaling actions. His discovery of nitric oxide reactions with products various oxidases and peroxidases has also revealed clinically-significant mechanisms of catalytic nitric oxide consumption that occur during inflammation and metabolic syndrome. His mass spectrometry-based observations of peroxynitrite, peroxidase and electrophilic fatty acid-induced post-translational protein modifications further underscore the significance of redox reactions in regulating cell and organ function. This work has led to numerous issued patents and >250 peer-reviewed publications in high impact basic science and clinical journals. Previously, Dr Freeman was Professor of Anesthesiology, Biochemistry and Molecular Genetics and Environmental Health Sciences at the University of Alabama at Birmingham. He was also Vice Chair for Research in the Department of Anesthesiology and Director of the UAB Center for Free Radical Biology. Prior to service at UAB, he trained at the University of California and Duke University, where he also served on the faculty. He has been the recipient of a number of honors, including being named a Fulbright Research Scholar and serving as an invited lecturer at Nobel Forums. He and his lab team have won more than $40 million in extramural funding to support their research activities. Dr. Freeman's academic leadership has also propelled students, fellows and faculty colleagues into prominent basic science, clinical investigator and pharmaceutical industry positions.